Cheapest countries in Europe to backpack 2017

It's time to highlight the cheapest (and most expensive, looking at you Iceland) countries for hosteling in Europe in 2017 and where to go if you're traveling on a budget, like this guy is, because he's going back for round two.

As I'm getting ready to head back over to Europe again, I've been trying to figure out where I should go (as we all do, every. single. time.) and after a few hours of searching hostels between different cities I realized that I -

That left me wishing I could see something like Google Flight's Explore map — which is another amazing site I use into deciding where to go — but for lodging prices (this is where someone should tell me it already exists -_-). So what does one do when they're working on a travel startup and don't have the data they need? Time to get digging.

But first I want to spoil the surprise, because I hate always having to find these at the end, so -

The Cheapest Country to Backpack in Europe is...

*drumroll* Ukraine! At ~5.16 per night for a shared hostel dorm.

Boom. Done. No more reading necessary. Unless you were thinking of going to any of the other countries in Europe, in which case read on!

Ukraine having the cheapest hostels may not be too surprising as generally the further east you go in Europe the less expensive things are, so my real question turned out to be: If I'm trying to travel on a budget, what countries can I visit in the rest of Europe?

Pro tip: Iceland, Norway, and Switzerland are out, you crazy expensive bastards. Well, and you Liechtenstein, but you tiny.

Show me the goods

Since I also find mentally mapping rows in a spreadsheet to countries on Earth a little disjointing, I thought I'd make myself a map so I could actually see what sort of routes I should look at. Though flying from cell A3 to cell A17 and paying cell B17 per night did seem pretty hardcore...

So here's our spreadsheet in all it's beautiful, colorized form as - average price per bed in a hostel dorm per night in Europe, with crazy outliers (there were a few) removed. Though I didn't differentiate between 4-bed, 8-bed, etc, I did split out dorm and private, so these numbers are all dorm-only.

You can see with the exception of Croatia (thanks Game of Thrones), there's a pretty clear separation between Western Europe and Eastern Europe right down the Poland-Chechia-Slovakia-Hungary-Slovenia line.

The Data (Watch out, gettin' nerdy)

In asking myself how much these countries cost to travel it would've been super easy to grab a blog off Google and call it a day, but I demanded real, bookable, room data and none of that alternative data (kidding, kidding). So all of this data are actual data points for actual dorms and rooms you could actually book.

I aggregated about 8,200 shared dorm prices across 680 cities in 44 countries (give or take how many're in Europe, right?) with about a dozen data points per city. Then I -

Which brings us to -

Putting a majority of European countries' (technically ~68%, which is one standard deviation) hostel prices between 16.35 and 26.15 per night, not too shabby.

I mean the good stuff was way up there ↑, but to finish us off -

If you want to travel Europe cheaply set your sights on the Poland-Chechia-Slovakia-Hungary-Slovenia line eastwards for hostels that are under ~16 per night.

Travel on my friends, and if you have any questions feel free to reach out to me on the Trip of Trips Facebook page. 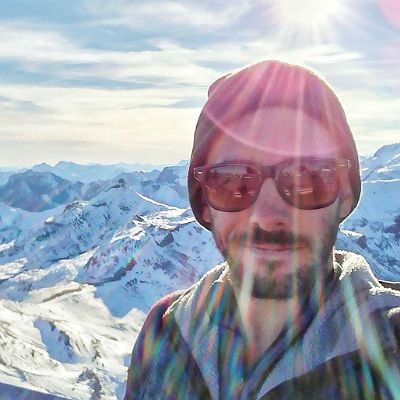 Traveling the world building a better trip planner for backpackers. Back in Seattle!